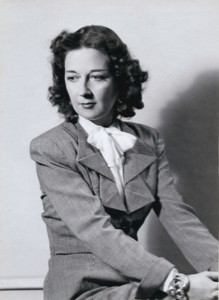 American, (1910–2012)
Dorothea Tanning (August 25, 1910 - January 31, 2012) was an American painter, printmaker, sculptor, writer and poet best known for her Surrealist painting. Tanning often used her own dreams as inspiration, most notably in her self-portrait Birthday (1942), in which Tanning is depicted standing bare-chested with a winged creature crouching on the floor beside her.

Born and raised in Galesburg, Illinois, Tanning made the decision to leave college after studying for only two years at Knox College, and to instead pursue a career in art. Tanning moved to New York in 1935 where she worked as a commercial artist while developing her artistic practice. As artists seeking refuge from Europe during World War II emigrated to New York City, Tanning was introduced to artists Yves Tanguy and Salvador Daliâby whom she was exposed to Surrealismâand met her husband, German avant-garde artist Max Ernst. The pair lived in Sedona, Arizona before settling in Paris, France, and later in Provence until Ernstâs death in 1976. It was after Ernstâs death that Tanning relocated to New York, where she continued to paint into the 1980s, then turned to writing poetry in the 1990s and 2000.

Your current search criteria is: Artist is "Dorothea Tanning".