With over 12,000 works of art from a diverse range of cultures and time periods, the Mills College Art Museum has one of the largest permanent collections of any liberal arts college on the West Coast. The collection spans centuries of art-making practices, from the first century BC to the present, with significant holdings of prints and drawings, photography, ceramics, textiles, Native American basketry, and early 20th-century California painting.

We invite you to visit our site regularly as we continue to expand our digital offerings. Please contact the museum for reproduction requests, questions, or additional information. Collection digitizing is made possible with support from the Institute of Museum and Library Services. 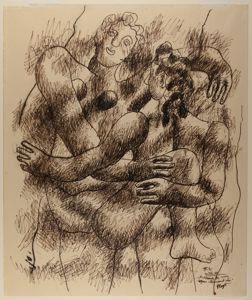 The museum has a large collection of prints, drawings, and watercolors dating from the 15th century to the present, including a complete set of Albrecht Durer's small woodcut portfolioÂ The Small Passion. The collection houses an impressive group of modern European works with an emphasis on German Expressionists and Bauhaus faculty members, including Josef Albers, Wassily Kandinsky, Ernst Ludwig Kirchner, Paul Klee, and Emil Nolde. In addition, there are strong holdings of American prints and drawings, including works by George Bellows, Winslow Homer, Reginald Marsh, and James Abbott McNeill Whistler, and the largest museum collection of etchings by Northern California printmaker Roi Partridge. 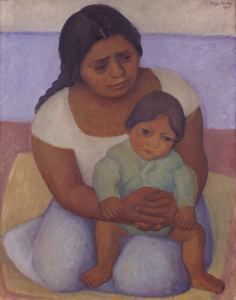 The painting collection at the Mills College Art Museum spans from the 17th century to the present, with a significant collection of California paintings from the late 19th and early 20th centuries. Works by major Northern California artists such as Anne Bremer, Maynard Dixon, Joseph Raphael, and William Wendt formed the core of the museum's collection when it opened in 1925. Since then, the collection has grown and diversified to include a selection of 18th and 19th century French works, Asian scrolls, and Indian miniatures. The painting collection also includes pieces by important modernists such as Vanessa Bell, Laszlo Moholy-Nagy, Diego Rivera, and Rufino Tamayo, as well as contemporary paintings by Jennifer Bartlett, Jay DeFeo, and Shahzia Sikander. 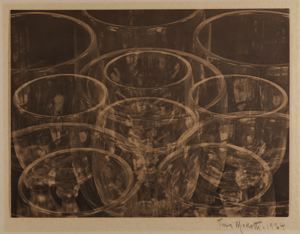 The Mills College Art Museum has been an important center for photography since the early 1930s, a particularly rich period of photographic development in the Bay Area. The museum's collection contains works by many of the preeminent San Francisco-based photographers of the time, such as Ansel Adams, John Gutmann, and in particular, Imogen Cunningham, whose images captured the campus and student life at Mills College. The museum has significant collection of vintage prints, including important works by Henri Cartier-Bresson, Arthur Wesley Dow, Tina Modotti, Eadweard Muybridge, Wilbur H. Porterfield, Man Ray, and Edward Weston. The museum also has strong holdings of contemporary photography with works by Barbara Crane, Olafur Eliasson, Catherine Opie, Joel Sternfeld, and Catherine Wagner. 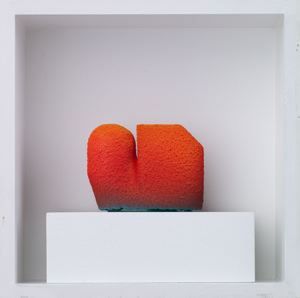 The museum has collected and shown ceramic works since the 1930s. The Mills College Ceramics Guild, which became an important experimental base for artists like Peter Voulkos and Robert Arneson, was founded in 1940. Since then, notable instructors have included F. Carlton Ball, Antonio Prieto, and Ron Nagle. Prieto amassed a personal collection including hundreds of ceramic works-primarily from Northern California, but also from elsewhere in the United States, England, and JapanÂwhich was donated to the museum in 1970. The museum also owns a fine collection of Japanese ceramics, including some dating from the Momoyama era (1568-1615). The collection's primary emphasis however, is on the 20th century, with works by modern Japanese masters such as Shoji Hamada and Kanjiro Kawai (co-founders of the Japan Folk Art Association). The museum's ceramics collection features a unique group of important Papagayo Polychrome pieces from Omotepe Island, Nicaragua, that date between AD 950 and 1000. In addition, the museum owns an outstanding collection of approximately 125 ancient Southwestern ceramics from the Anasazi, Hohokam, and Mogollon cultures, which date from circa AD 500-1000. 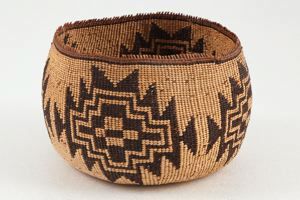 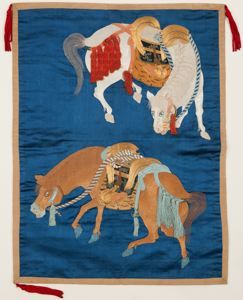 The museum has a diverse collection of textiles, including ancient Peruvian weavings from AD 100-1400, Guatemalan garments with intricate multicolored geometric and animal designs, and Imperial era ceremonial robes and clothing featuring elaborate silk embroidered decoration from 19th century China. Most significant is the museum's collection of embroidered silkÂ fukusa, ceremonial gift covers popular among the aristocracy of Japan and dating to the Edo period (1615-1867). The collection was donated in 1953 by S. Morris Nomura, a scholar of Japanese textiles, when his daughter, Betty Nomura, attended Mills. Widely recognized for the superior quality of these Asian textiles, the museum is home to the largest collection ofÂ fukusaÂ outside of Japan. 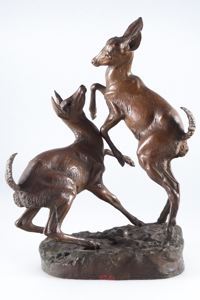 The museum's collection of sculpture and decorative arts features works by late 19th-century and early 20th-century American sculptors, such as Ralph Stackpole and Anna Hyatt Huntington. In addition, the museum has significant Asian objects, including Chinese bronzes and lacquerware, Japanese Noh masks, and Southeast Asian wood carvings. The museumÂs signature Fu dogs were donated in 1933, and are excellent examples of Ming dynasty marble carvings.