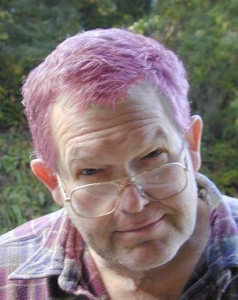 American, (1943–2013)
David Gilhooly (born David James Gilhooly III on April 15, 1943 in Auburn, California) was an American visual artist best known for his ceramic sculptural work. Gilhooly studied at the University of California, Davis, where he attained both his BA and MA degrees. While attending college, Gilhooly, acting on a romantic inclination, took a ceramics class to impress a fellow student. This chance decision served as the catalyst for his artistic career. In collaboration with other Davis art students, Gilhooly helped form The Funk Ceramic Movement of the San Francisco Bay Area in the late 1950s and early 1960s. The key characteristics of Funk Art inform much of Gilhoolyâs own artistic practice which was centered around comical subject matter including food, plants, and animals. Gilhooly especially favored frogs, having developed a series of elaborate sculptures that position frogs within the realm of human history. Among Gilhoolyâs frogs are the representation of Crucifixion of Frog Christ, Frog Osiris, Frog Queen Victoria, and many more.

Your current search criteria is: Artist is "David Gilhooly".