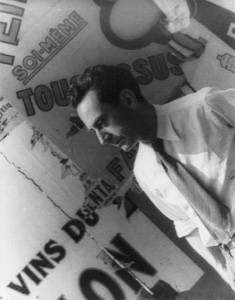 American, (1890–1976)
Man Ray (born Emmanuel Radnitzky; August 27, 1890 - November 18, 1976) was an American avant garde visual artist and leading figure in the Dada and Surrealist movements. Though Man Ray worked in painting, film, and collage, he is best known for his black-and-white photography, more specifically his ârayographsââa term coined by Man Ray in reference to his camera-less photography, otherwise known as photograms. Created by directly placing objects onto light-sensitive paper, these rayographs allowed Man Ray to experiment with and exaggerate the effects of photography, producing images that almost entirely abstracted their subjects.

Though born in Philadelphia, Pennsylvania, Man Ray spent most of his adult life in Paris, with the exception of his time spent in New York City waiting out World War II. His experimental photography led him to become a figurehead of the Surrealist movement in Paris. He died on November 18, 1976 in Paris, France.

Your current search criteria is: Artist is "Man Ray".