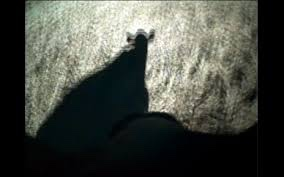 Eastersonâs work, however, is less aligned with nature documentaries than with experimental filmmaking. He takes his cue from the structuralist film tradition, an approach to filmmaking that demystifies the process of creation by drawing audiencesâ attention to technical aspects of cinematography most often rendered invisible. Lasting anywhere from a few seconds to several minutes, each video is an unpredictable journey that concludes when the camera falls off the animal.
Exhibition List
This object was included in the following exhibitions:

Your current search criteria is: Related to "Sam Easterson".