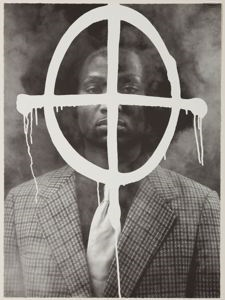 Your current search criteria is: Objects is "Thurgood in the Hour of Chaos [from the Exit Art Print Portfolio, America, America]".