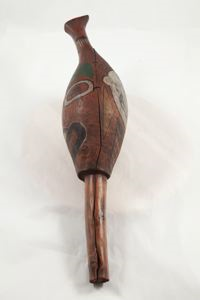 Your current search criteria is: Objects is "Nootka carved ceremonial Shaman's rattle in form of an elongated bird".