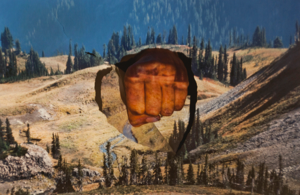 State of Convergence foregrounds the work of historically underrepresented artists to explore the cultural diversity of our region. The exhibition features both contemporary and historical works by Bay Area artists from Mills College Art Museumâs permanent collection and highlights the Northern California landscape as a site of resistance, abundance, and celebration.

Your current search criteria is: Exhibition is "State of Convergence".