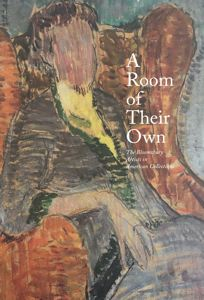 A Room of Their Own: The Bloomsbury Artists in American Collections

Organized to coincide with the 100-year anniversary of Bloomsburyâs beginnings, the exhibition will examine the American reception of the art produced between 1910 and the 1970s by the Bloomsbury artists and their associates and collaborators. The exhibition will include over 190 paintings, watercolors, drawings, books from the Hogarth Press, and decorative works from the Omega Workshops, and will focus on how this small group of artists made its imprint on the cultural thinking of their day. âA hundred years after the Bloomsbury group was established,â says Nancy E. Green, the organizing curator and the Gale and Ira Drukier Curator of Prints, Drawings, and Photographs at the Johnson Museum, âtheir story still resonates and brings together a variety of interests across many artistic and intellectual pursuits.â The name Bloomsbury conjures up an image of early twentieth-century Bohemia, where a core group of literary friends that included Virginia Woolf, Lytton Strachey, and E. M. Forster were joined by a host of other writers, including D. H. Lawrence; philosophers such as Bertrand Russell; economist John Maynard Keynes; and poets like T. S. Eliot. But Bloomsbury was much more richly patterned and complex than even this eminent list suggests. A group of fine artists, including Virginia Woolfâs sister Vanessa Bell, critic and painter Roger Fry, Lytton Stracheyâs talented cousin Duncan Grant, and Dora Carrington, Stracheyâs longtime companion, formed the nucleus of visual Bloomsbury.

Although of another place and time, the Bloomsbury group confronted issues that are remarkably current: international crises, war, the value of craft in an industrialized world, womenâs rights, environmental protection, and the search for the true, the good, and the beautiful in their art and their lives. The exhibition, by examining the groupâs responses to these issues, provides a valuable mirror on how people can address similar concerns today. Two important works from the Mills College Art Museum are included in the exhibition. Self- Portrait, ca. 1926, by Vanessa Bell and Self-Portrait, by Duncan Grant are recent acquisitions generously bequeathed by Carolyn G. Heilbrun.

A Room of Their Own is accompanied by a complete exhibition catalogue, distributed by Cornell University Press, with essays by leading Bloomsbury scholars: Gretchen Holbrook Gerzina, the Kathe Tappe Vernon Professor in Biography, Dartmouth College; Honorary Visiting Professor, University of Exeter in Devon, England; and author of Carrington: A Life; Benjamin Harvey, Assistant Professor of Art History, Mississippi State University; Mark Hussey, Professor of English and Womenâs and Gender Studies, Pace University; and Christopher Reed, Associate Professor of English and Visual Culture, The Pennsylvania State University, who co-edited the catalogue with curator and contributor Nancy Green.

The exhibition was presented at the Nasher Museum of Art at Duke University in Durham, North Carolina from December 18, 2008, to April 5, 2009 and Herbert F. Johnson Museum of Art at Cornell University in Ithaca, New York from July 18 to October 18, 2009. After Mills, it will travel to the Mary and Leigh Block Museum at Northwestern University in Evanston, Illinois (January 15â March 14, 2010); the Smith College Museum of Art in Northampton, Massachusetts (April 3âJune 15, 2010); and the Palmer Museum at Penn State University (July 6âSeptember 26, 2010). (Dates are subject to change.)
A Room of Their Own: The Bloomsbury Artists in American Collections was organized by the Herbert F. Johnson Museum, Cornell University, in conjunction with the Nasher Museum of Art, Duke University. The exhibition was organized by Nancy E. Green, the Gale and Ira Drukier Curator of Prints, Drawings, and Photographs at the Johnson Museum and has been made possible in part by the National Endowment for the Humanities, promoting excellence in the humanities. The exhibition at Mills College has been supported by the Agnes Cowles Bourne Fund for Special Exhibitions.

Your current search criteria is: Exhibition is "A Room of Their Own: The Bloomsbury Artists in American Collections".