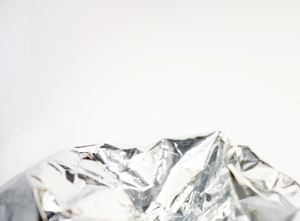 Jennifer Brandon & Jay DeFeo: Photographic Works presents new work by Bay Area photographer Jennifer Brandon shown in conjunction with rarely seen photocopies and photographs by the ground-breaking visual artist Jay DeFeo. Featuring approximately 40 works, including photograms, photographic collages, photocopies, and gelatin silver prints, this exhibition explores each artistâs interest in the intersection of physical materials and photographic process. Brandon works with materials such as reclaimed silver, glass, cinefoil, and silver leaf, often obscuring the original material through scale and composition to create mysterious visual landscapes that are both abstract and familiar. Similarly, throughout the 1970s and into the1980s, DeFeo experimented extensively with photography and photocopying. She photocopied her own drawings and photographs along with found objects in order to distance herself from the objects she used as references and to play with compositional and tonal arrangements that further abstracted her source materials. The resulting images for both artists appear strange on a cerebral level but are intuitively familiar in their evocation of natural phenomena and our physical connection to the things around us.

Jay DeFeo was born in 1929 in Hanover, New Hampshire, and grew up in the Bay Area. She received her BA in 1950 and MA in 1951, both in studio art, from the University of California, Berkeley. DeFeo was a pivotal figure in the historic San Francisco community of Beat artists, poets, and jazz musicians at the time, and in 1966 she completedÂ her seminal work The Rose. DeFeo was a tenured faculty member at Mills College from 1981 until her death in 1989. DeFeoâs work has been featured in numerous museum and gallery exhibitions, including a major retrospective organized by the Whitney Museum of American Art in 2012.

Jennifer Brandon & Jay DeFeo: Photographic Works is supported through the generosity of the Agnes Cowles Bourne Fund for Special Exhibitions and the Joan Danforth Art Museum Endowment, with special thanks to Leah Levy and The Jay DeFeo Foundation.