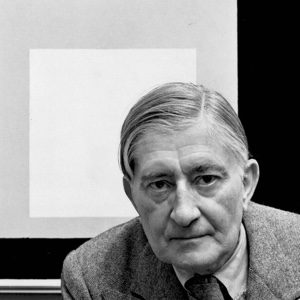 German/American, (1888–1976)
Josef Albers (March 19, 1888 - March 25, 1976) was a German-American painter, printmaker, and published author best known for his series Homage to the Square of the 1950s and 60s, which focused on simplified forms and the interplay between shape and color. The collective works of the Homage to the Square series are considered invaluable contributions to color theory.

Born in Bottrop, Germany, Albers studied at the Bauhaus school in Weimar as a student of famed colorist Johannes Itten. Albers joined the Bauhaus as a stained glass maker in 1922, and became a professor at the schoolâs Dessau location in 1925. Albers soon took over Ittenâs course and taught alongside Constructivist artist LÃ¡szlÃ³ Moholy-Nagy. After the Bauhaus school was forced to close in 1933 by the Nazi regime, Albers emigrated to the United States where he and his wife Anni Albers were offered teaching positions at the newly established and experimental Black Mountain College in North Carolina. From 1939-49 Albers served as the head of the painting program, having had the opportunity to teach many burgeoning artists such as Robert Rauschenberg. In the 1950s Albers moved on from Black Mountain College and became head of the design program at Yale University. Albers passed away at the age of 88 in New Haven, Connecticut.

Your current search criteria is: Artist is "Joseph Albers".