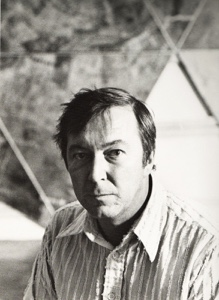 American, b. 1930
Jasper Johns (born May 15, 1930) is an American painter, sculptor, and printmaker whose contributions to Abstract Expressionism, Pop art, and Neo-Dada led his works to have made the list of most expensive artworks by living artists. His best known works include Flag Piece (1954-55), created just two years after he was discharged from the US army, and Target with Plaster Casts (1955), a piece thought to have perhaps had deeply personal meaning for Johns who struggled as a gay man living in the homophobic and persecutory era of Senator Joseph McCarthy.

Though Johns studied briefly at both the University of South Carolina and a New York art school, he is considered to be a self-taught artist. Johns was famously involved with painter Robert Rauschenberg who occupied the upstairs unit of Johnâs apartment building. It was Rauschenbergâs studio visit with art dealer Leo Castelli that led to Johnsâ meteoric rise to fame, as Castelli by chance wound up in Johnsâ apartment directly below. Castelli immediately signed Johns, leading him to become one of Americaâs most successful living artists.

The Critic Sees from the portfolio Ten from Leo Castelli 1969.70

Your current search criteria is: Artist is "Jasper Johns".