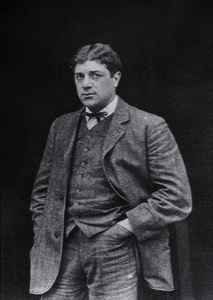 French, (1882–1963)
Georges Braque (May 13, 1882 - August 1963) was a French painter, collagist, draftsman, printmaker, and sculptor regarded as one of the pioneers of modern collage and Cubism alongside his colleague Pablo Picasso.

Born in Argenteuil-sur-Seine, France, Braque took evening art classes in Le Havre before moving to Paris 1901. Though Braque had initially worked in an Impressionist style, he quickly adopted Fauvism after spending a summer in Antwerp and went on to show his Fauve work in the Salon in Paris in 1907. The following year would mark the beginning of Braqueâs artistic relationship with Picasso and the development of Cubism, known for the fragmentation of objects and their reconstruction into geometric forms to create multiple viewpoints within the picture plane. By 1912 the pair began to experiment with collage, specifically utilizing the papier collÃ© technique. Their contributions to the world of art revolutionized painting in the twentieth century. Though their styles at the time were all but indistinguishable, Picassoâs fame soon eclipsed Braqueâs own career, although he continued to paint, make lithographs, engravings, sculptures, and design jewelry until his death in 1963.

Your current search criteria is: Artist is "Georges Braque".