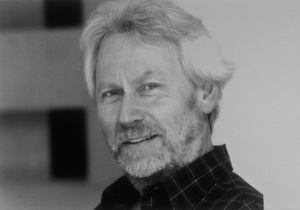 American, (1928–1994)
Donald Judd (June 3, 1928 - February 12, 1994) was an American visual artist associated with Minimalism, although he detested the term. Judd is best known for his large-scale, unadorned sculptures that emphasize whole, unified shapes. Though Judd rejected the title of Minimalist, his publication âSpecific Objects,â an essay celebrating a new kind of artwork freed from traditional frameworks of painting and sculpture, was considered to be a manifesto for Minimalist art. Juddâs objects range from wood sculptures to galvanized steel, iron, aluminum, brass, and copper. Constructed by professional fabricators, Juddâs metal works allowed him to emancipate himself from the labor of creationâa shift that proved significant for the emerging Conceptual art movement.

Judd began his artistic career as both an abstract painter and art critic for Arts magazine from 1959-65. It was during this period that Judd abandoned painting for sculpture, creating the hollow, rectilinear forms he is known for today. Judd continued working in this style throughout his artistic career until his death in 1994.

Table Object from the portfolio Ten from Leo Castelli 1969.66

Your current search criteria is: Artist is "Donald Judd".