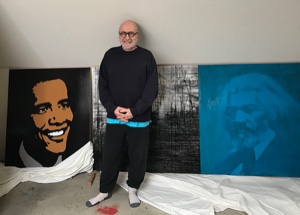 American, b. 1941
Rupert Garcia is a Chicano poster and graphic artist known for his fusion of Mexican Muralism and Pop Art sensibilities. Much of his work is political, centered around the mistreatment of Central and South American immigrants in the United States. Garcia is one of the founding members of the Chicano art movement which was formed in protest of social issues such as police brutality, a lack of social services for Mexican Americans, and the Vietnam War.

After serving in the U.S. Air Force in Indochina, Garcia completed his Bachelorâs degree from San Francisco State University in 1968. He then went on to earn two Masterâs degrees from San Francisco State and the University of California, Berkeley in both studio art and art history. His contributions to Latinx art scholarship include the publication of his thesis on Chicano Muralists in California. Garcia currently lives and works in Oakland, California.

Your current search criteria is: Artist is "Rupert Garcia".