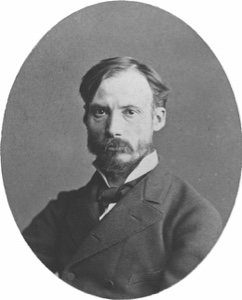 French, (1841–1919)
Pierre-Auguste Renoir (February 25, 1841 - December 3, 1919) was a French painter and central figure of the Impressionist movement. Renoir is known for his lively scenes of Parisian life and female sensuality with an emphasis on the quality of light and atmosphere, as seen in his masterpiece Bal du Moulin de la Galette (1876).

Born in Limoges, France, Renoir attended the Ãcole des Beaux-Arts to study with artist Charles Gleyre, who led him to meet fellow Impressionist painter Claude Monet. Like many of his Impressionist peers, Renoir faced rejection from the Paris Salon on multiple occasionsâexhibiting his work in the Salon des Refusesâbefore finally being accepted into an exhibition in the early 1870s. Renoir went on to exhibit annually at the Salon from 1878-1883. In his latter years, Renoir suffered from severe arthritis that impaired the use of his hands; determined to continue making art, Renoir went as far as painting with brushes tied to his wrists. Despite his failing health, Renoir continued to paint until his death in Cagnes-sur-Mer, France on December 3, 1919.

Your current search criteria is: Artist is "Pierre-Auguste Renoir".