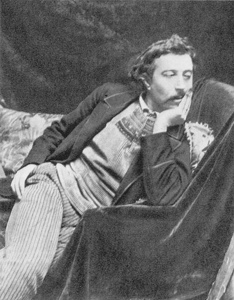 French, (1848–1903)
Paul Gauguin (born EugÃ¨ne Henri Paul Gauguin June 7, 1848 - May 8, 1903) was a French Post-Impressionist artist recognized for his experimental use of color and depictions of life in French Polynesia, which had a tremendous impact on French avant-garde and contemporary artists such as Pablo Picasso and Henri Matisse.

Though Gauguin was born in Paris, he spent much of his childhood in Peru with his mother and sister, and later settled for extended periods in various parts of the world, most notably including Tahiti. The landscapes and cultures Gauguin was exposed to greatly influenced his artwork, but additionally led to an idealized and at times derogatory view of those native to non-Western countries, ultimately paving the way for the Primitivism movement. After returning to Paris from a voyage to Tahiti in 1893, Gauguin exhibited his Tahiti-themed paintings but did not receive the acclaim he had hoped for. This disappointment resulted in a permanent move to Tahiti in 1895 where he would remain in the Marquesas Islands until his death in 1903.

Your current search criteria is: Artist is "Paul Gauguin".