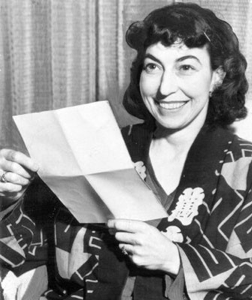 American, (1893–1966)
Maxine Albro (January 20, 1893 - July 19, 1966) was an American painter, muralist, lithographer, mosaic artist, and sculptor known as one of Americaâs leading female artists of the twentieth century. Her style is characterized by her clean, bright, and clear compositions with strong and rounded forms, often depicting the women of Mexico, in particular those of the Tehuantepec region in Oaxaca.

Though Albro was born in Ayrshire, Iowa, she spent her childhood growing up in Los Angeles, California. In 1920, Albro moved to San Francisco where she studied at the California School of Fine Arts, and later studied at the AcadÃ©mie de la Grande ChaumiÃ¨re in Paris before embarking to Mexico where she would study under one of Diego Riveraâs assistants, eventually making the acquaintance of Rivera himself. Albro would return to Mexico many times throughout her life, even becoming an assistant to Rivera, with whom she painted frescoes.

Albro was one of the few women who were part of the Works Progress Administration's Federal Art Project, a program initiated under President Franklin Roosevelt's New Deal. Due to the high rate of joblessness during the Great Depression, these art programs were required to employ female artists, making this period the first time in history in which women were hired without discrimination in the United States. Throughout the 1930s, Albro executed many commissions under the federal program, including murals at Coit Tower and a mosaic at San Francisco State University.

Your current search criteria is: Artist is "Maxine Albro".